Over the last eight-or-so-months, I’ve lost sixty-plus pounds – not to shabby, eh? I did, however, lose about 20 of that in about 20 minutes once my son was born 😉

I haven’t really achieved any fitness ideal though. I’m not terribly unhappy with my current shape or size but I was getting used to being so much more before baby number two. I’m able to squeeze in some moderate exercise ( I’ve accepted it will be a bit further into the future before I can resume my gym rat ways ) but I have this nagging urge to flex, bend and twist! Start fixing to do it and uggghhhh…. Stinging! Burning! Pulling!

Resting in a stretch with elbows under knees at our former – cramped – apartment in 2010. Apologies for the ancient looking photo 🙂

A dream of mine in recent years was to offer ‘flexibility training’ – for fitness, for athletes. I would often strike up a conversation with folks at the gym who were intrigued by my thorough stretching – I am no yogi – I just think most bendy people probably don’t practice at the gym. Most of my ‘flexibility training’ came from a young lifetime of soccer and from my various coaches. Through the years it became a daily practice; never did I exercise without stretching. My form may not be perfect as I have never formally trained in any respect; I choose to continue a stretch if it feels good and discontinue / alter a stretch if it doesn’t… Listening to my body… Learning what makes it happy… I have been quite flexible; all with practice of course. Initially, it was a regimen. But as each stretch became easier to hold for extended time I found myself adjusting slightly to the nearest muscle and would start there at my next practice. Over time I developed a way to pull each muscle and thoroughly enjoyed each practice, stretching usually for at least an hour, sometimes two, most nights (after The Boy was in bed).

Lying in a stretch – photo snapped by my husband in 2010.

Once The Baby formed his little body in mine, exhaustion forced my hand, and though I bought/borrowed many a pregnancy yoga DVD, I was too exhausted to care after working full time and generally single parenting The Boy since The Man was working 60 plus hours in a week. Eight months later now, I thought I’d at least be close to be former bendy body. But it seems I forgot what little time is available with newborns around 🙂

Instead of just hoping I’ll “have time later”, I am going to make time! I am going to give myself thirty days to make some progress. I will commit to stretching every other day and will have my photographer (a.k.a. My Sissy) catalog where I am throughout.

I am fed up with finding the time to sneak to the gym but being to embarrassed about my straining to stretch in front of others.

I am tired of feeling locked into place.

So ready for the freeing of my limbs. Ready to feel each muscle gently lengthen again.

I’ve just got to persevere past that initial burn to unlock happiness!

I think I felt less fat when I grabbed my elbows whilst stretching… and see less fat when I look in the mirror… but it could all be imagined. Maybe, this is what ‘they’ call feeling “lighter” (?)

Here’s a classy bathroom pic for ya!

I have to have my (technologically-more-advanced) little sister figure how to put our Day Fifteen photo aside our Day1 pics. Hopefully there’ll be a difference…? We repeated our measurements and both have lost about an inch in our waists though no other measurements really budged. Perhaps we’re a little overzealous in our expectations? Is it too soon?

For this first 30 days RAW I had thought I was committed to not increasing my exercise as I wanted to see untainted results from going RAW alone. As of late, exercise included a hike or two (< one hour) a week , and maybe some walking with one or both kiddos – which means I'd literally have to walk circles around my eldest in order to get a workout at his pace — although I am hulking around a twenty-six-pound-five-month-old on my chest— any-who…. The point is, exercise has been little to none – haven’t been to the gym or exercised alone (aka vigorously) in 6+ weeks (not by choice). In the last few days however, I have craved it… my body asked and then begged for a long walk… something…I gave in last night and asked my husband, who would be home from work, if I could go today. Yes.

Its been quite the productive day since! Me typing up a post should be all the proof you need… Now, that could be attributed to my actually getting sleep last night. Either way, I feel great! I worried about energy and getting ‘the shakes’ especially since going RAW (although looking back – ‘the shakes’ I get were probably caused by low blood sugar which would be near impossible on a RAW fruit-based diet). I tend to push my limits at the gym. Especially when I feel the visit is well deserved. Sometimes my heart-rate climbs to 190. Sometimes I have to quit because I get shaky or I’ll see stars (which’ll happen when I’m plugged into a continuous playlist, get in a groove and just go, go, go…) But, none of that today!

I’m excited to try again! Really looking forward to gym-ing it up and only having to stop for a hungry baby…

Cant say I’m feeling more energized daily yet – again, could be attributed to chronic lack of sleep (co-sleeping/breastfeeding/random cleaning at 4am) – but I definitely felt the difference today while working out!

Kudos to you Carbs! 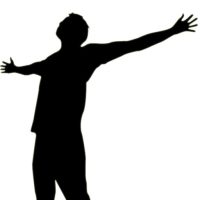 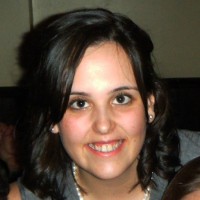 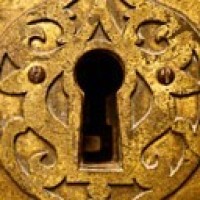 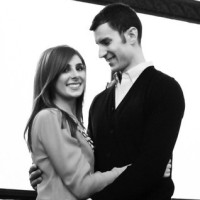 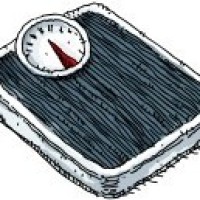